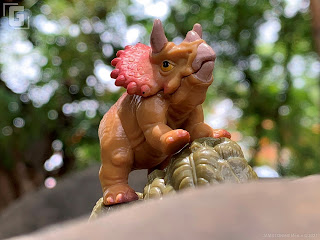 But a standalone set of dinosaurs that appeared or will appear on the upcoming film. Four dinosaurs in this wave that includes Blue, the Velociraptor, Tyrannosaurus Rex, Dimetrodon , and Triceratops round up the set. They are not articulated but well-painted details still gives you that level of quality about this pint-size dinos. 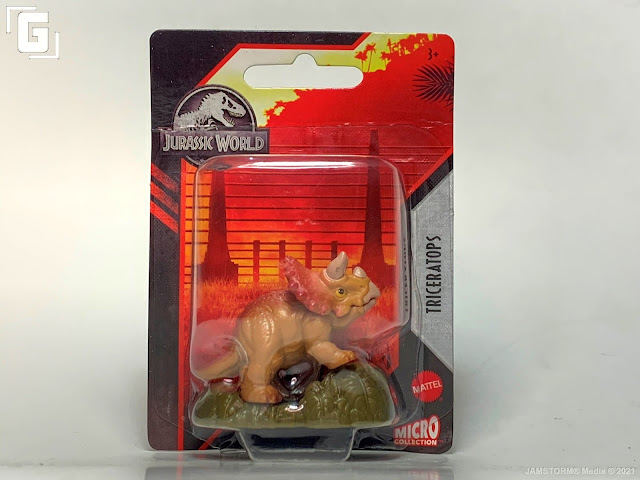 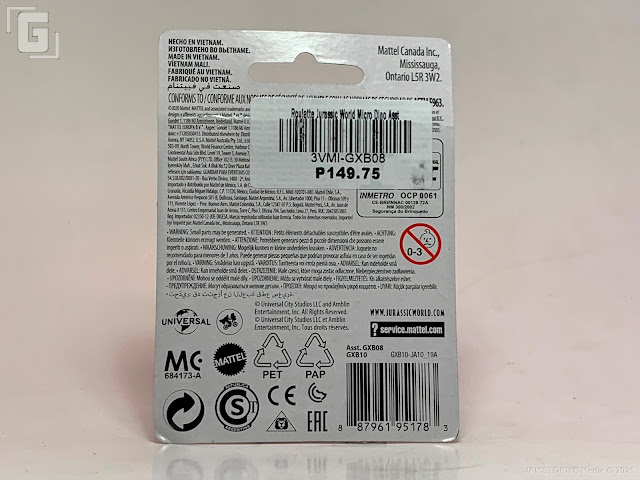 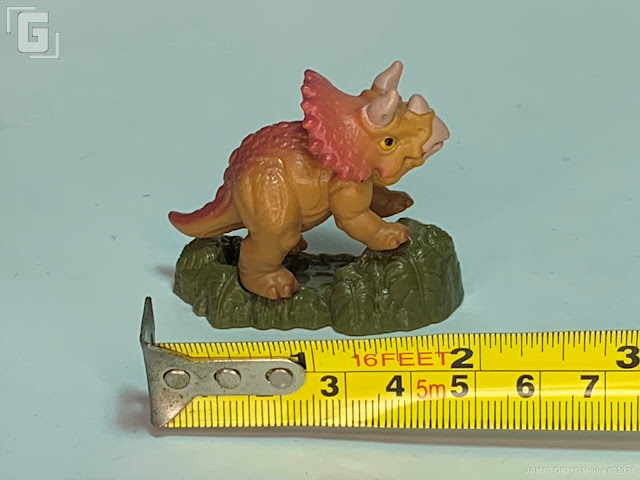 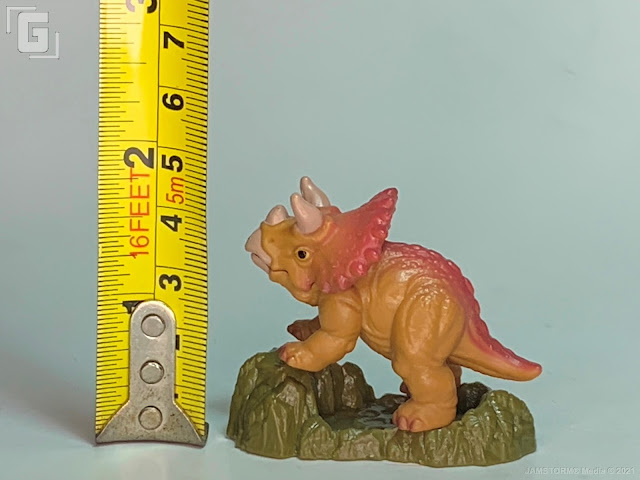 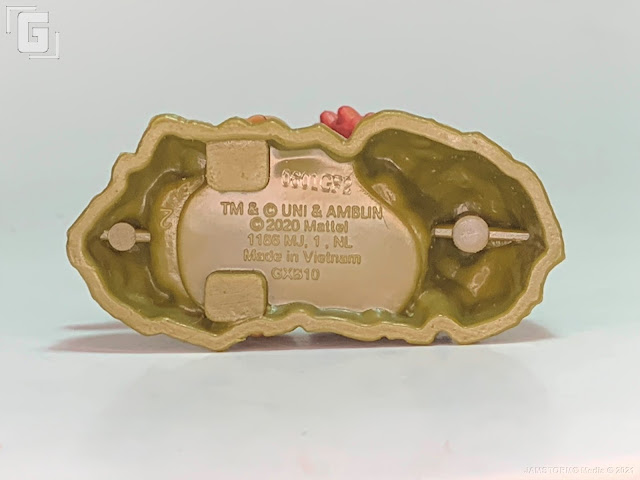 Taking a closer look at this version of the Triceratops under the Micro Collections gives you the interpretation that it’s a ‘baby’ version on a reddish orange standard blister card packaging that sitting on a rock-like stand. There’s no graphic artwork due to the budget for this other than its “Jurassic World” logo.

At the lower right hand corner it’s the “Micro Collection” can be seen like the other brands that came before it. In the clear bubble the product can be seen in its fine detail, while at the back was simple enough with all the legal stuff and copyrights. 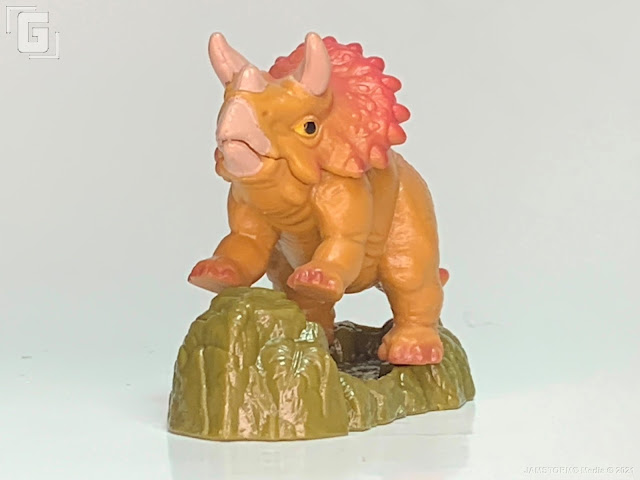 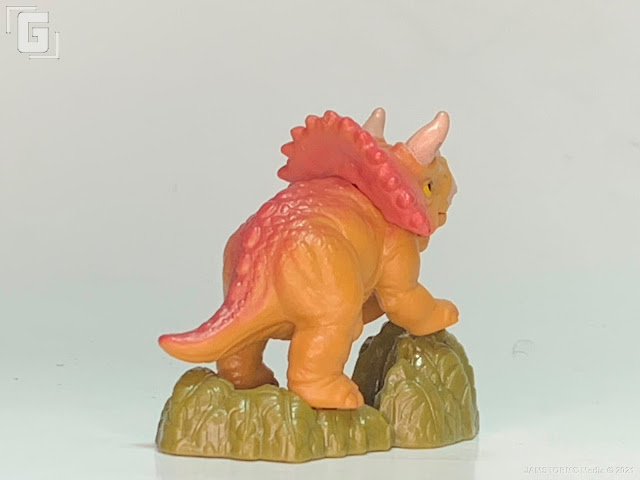 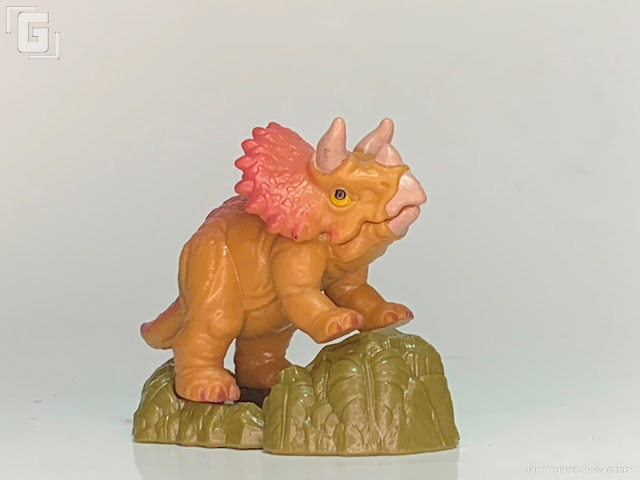 Small in Size, Big in Details

Every Micro Collection may have some appeal to the minimalist with no need for the figurine to be articulated, but a win in the details shows how the quality is worth the cost you pay for something simple with how the product is painted.

With this Triceratops, it shows how Mattel’s Jurassic World design team have put effort into the tiny details of this figurine that’s made of soft plastic. The paint work is just simple with the eyes and beak/mouth shows the contrast in colour, while keeping things on par regarding the quality they have put in this figurine.

There’s something captivating about this little Triceratops that stands out from the other three dinosaurs. The level of detail may not be as impressive as the bigger versions, but how it makes this looks ‘adorable’ certainly a quick pick up for your table display along with your other tiny toys with its simplicity. 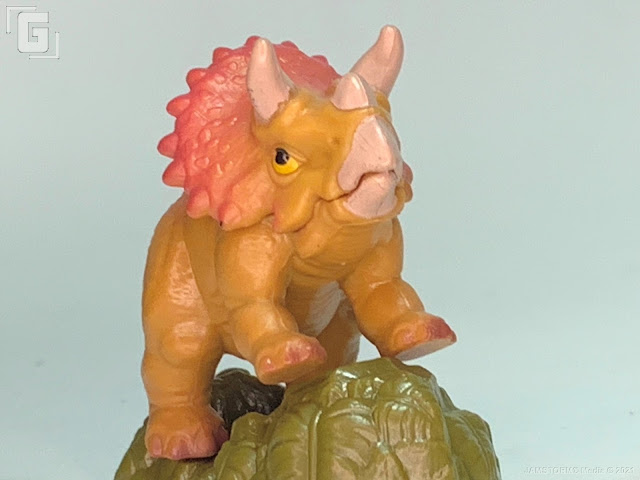 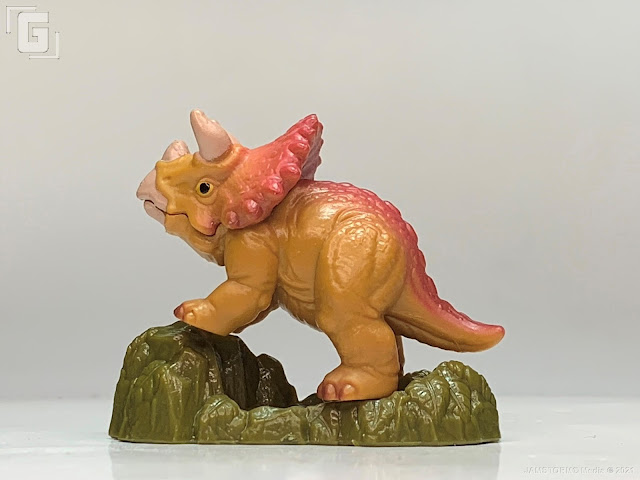 Overall this figurine is a stand out despite the stand that sits with the Triceratops is not removable and the figurine is glued on it is enough to keep this as a display than something to play with. Micro photography close ups certainly shows you the details and you get hooked on getting the rest if you so desire. But one Triceratops perched on a rock looking up is certainly something to appreciate like an art toy for those not big into collecting big toys with moving parts. But to enjoy this as those works of art that not very few can look at and that’s a win for this baby dino. 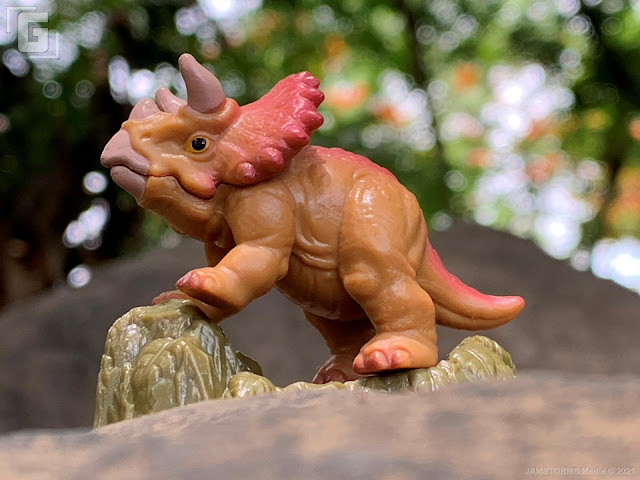 Jurassic World: Triceratops is part of the Micro Collections range of non-articulated figurines from Mattel, which retails for ₱ 149.75 (**$ 4.03 AUD | $ 3.11 USD) distributed by Richwell Global Inc for the Philippines that was acquired at Ollie & Co Glorietta. For more about the toys and the store that carry this toyline follow them on their social media via Facebook!