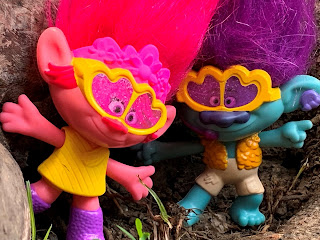 But since the pandemic things have changed and there were delays on which country would release the toys, but finally the toys have been released in the Philippines. For those who have been keeping track of the toy releases the set available for Southeast Asia is partially different from various regions like in Europe that includes also the Australasia region, which comprises Australia & New Zealand. But the majority of the market would have the standard ten characters that have been revealed and sold in the Philippines since 29 May 2020.

There are ten characters that were released for Southeast Asia and most of the promotional posters and videos that have been posted on social media will give you an idea that these are the main ones that were also available in the North American (USA/Canada) region. 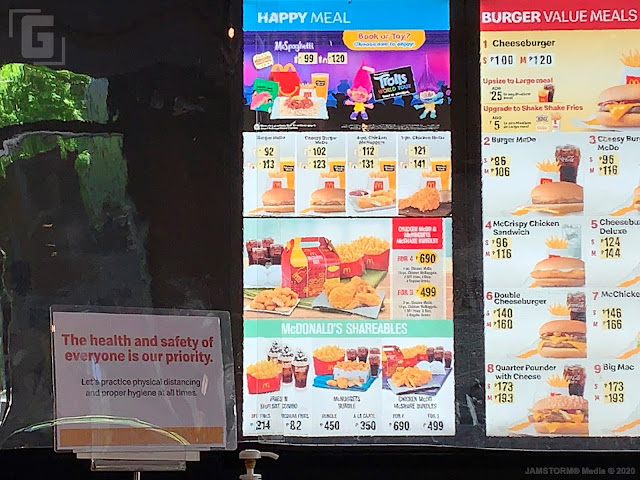 Trolling Heads to Trolls on Tour

The “Trolls World Tour” is the sequel to the 2016 hit “Trolls” which McDonald’s also produced a collection of toys that were not available for Southeast Asia. It was only released in selected markets in the US, Europe, and Australasia (Australia/New Zealand) which is entirely different from the toys released for this movie. This time around the toys is more the collectors and the fans expected a figurine.

There are ten characters released for Southeast Asia, but originally in Australasia there are FOURTEEN, which means the four figures not included in this series is exclusive only for that region or country. Rounding up the roster of characters you can find the list below: 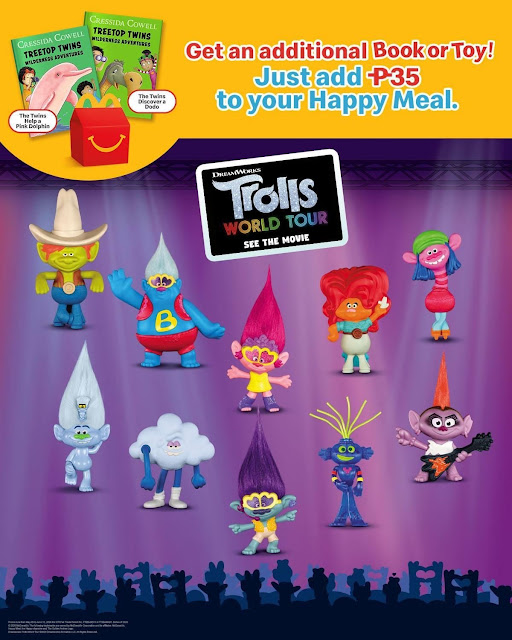 McDonald’s in the Philippines has a confusing ad campaign that is sometimes questionable to not clear regarding the Happy Meal promos they have. But there is one that was posted accompanied with the latest toys and its poster about adding ₱35.00 Peso to get another toy or book. To clear this up the additional toy or book can only be acquired by adding ₱35.00 Pesos to a food bundle as circled in blue in the image that appears on their menu.

At first, it appears the opportunity to spend less buying food to complete a set would be that easy. But the ad campaign is confusing like the way McDonald’s Philippines as a company though inquiring directly with the manager clarifies that the extra P 35 pesos are only for a bundle not explained in the ad campaign. 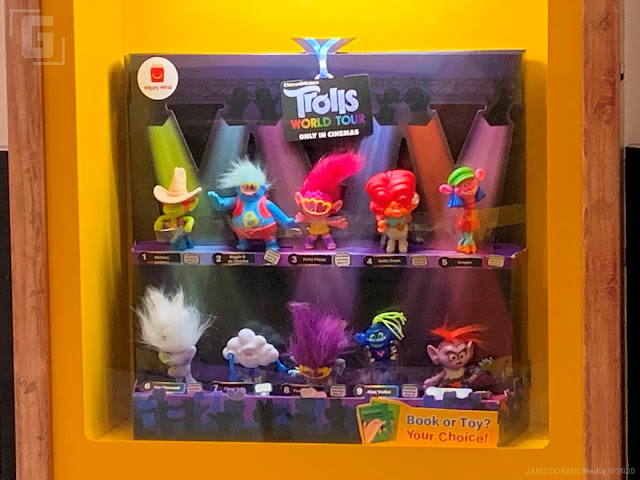 What you see is what you get

The actual toys are on display and the kids and collectors would have the opportunity to see the figurines. In terms of action features and gimmicks like the title of the sequel, each character features a dancing move as they celebrate without spoiling for those who have not seen the animated feature.

Based on the display at the store majority of the characters have rooted hair with exception to Hickory, Delta Dawn, and Cooper. The rest have their funky colorful rooted hair inspired by the original toys based on the classic that was produced in the 1980s. They’re the close representation of the toys that you see in stores, but with no full articulation only with the dance moves that kids will enjoy.

Like all McDonald’s promos, they will run for 28 days that started on 29 May 2020 collect all ten characters sold with every Happy Meal so don’t miss out!
at 9:30 AM