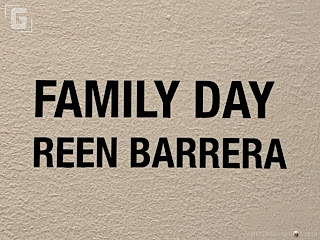 The Seventh Solo Art Show goes big literally from tine-tiny handcrafted heads that he started making five years ago to elaborate and well-detailed full figures made of wood Reen Barera can be said to have made it in the art scene.

His latest exhibit features large paintings and impressive evolution of his “Ohlala” wooden-made character figures. The centrepiece of this is the ginormous figure of “Ohlala” standing 12 feet tall that guards the other exhibit pieces. Reen shared that it is made from parts of his bed that he dismantled and harvested the wooden pieces from five years ago that he revealed to sleep now on a sleeping mat.

It took him three weeks to put together this giant version of “Ohlala” that he thought about it that would take up the corner space of the Vinyl on Vinyl’s main gallery area. The same guy who started his journey to what he has become today is still soft spoken and humbled about the appreciation he received from his fans, followers, and, art collectors who has acquired his previous art pieces.

Reen shows his childish grin how he enjoyed putting together the biggest piece that is taking temporary space at the VoV gallery. If the images from last night won’t convince you to make the trip and see it for yourself then these photos below will do: 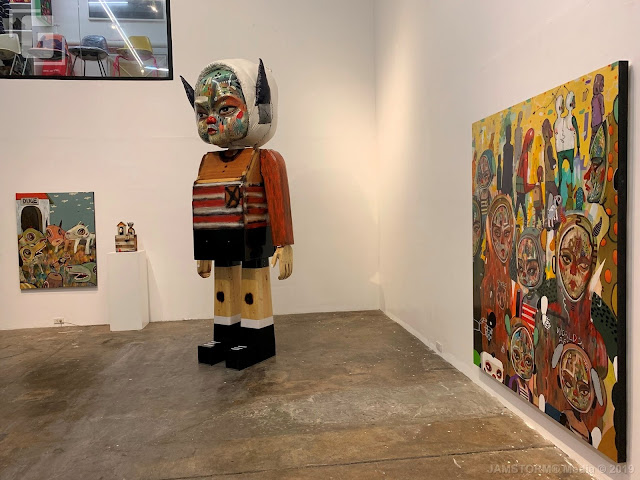 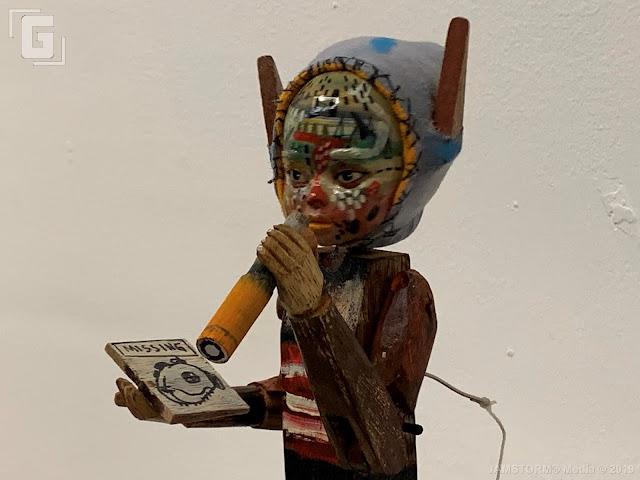 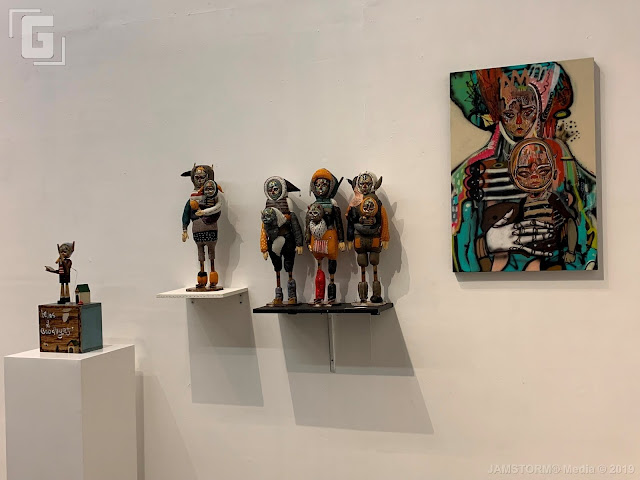 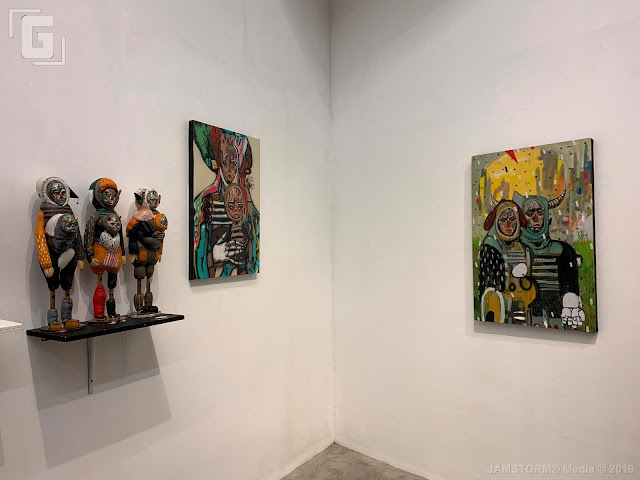 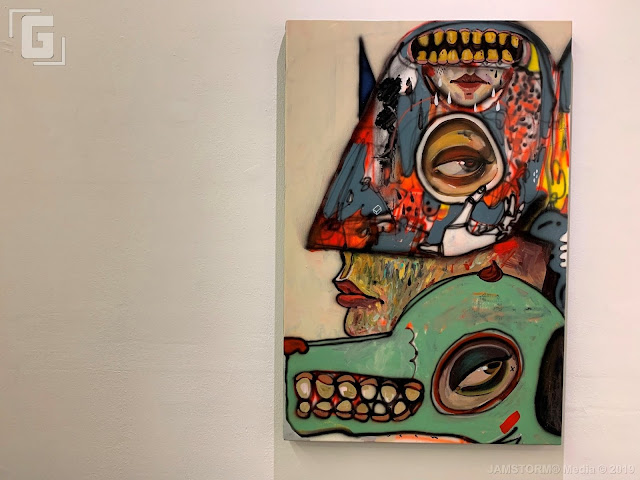 “Family Day” is the seventh solo art show with Reen Barera, which opened last night’s show beginning 7 August 2019 and will be on exhibit for the next two week. For more details about the art being exhibits visit Vinyl on Vinyl art gallery located at 2241 Pasillo 18 La Fuerza Compound Chino Roces Ave, Makati City.

Visit the blog at: VinylOnVinylgallery.com
at 10:15 AM